A haunting photo of a deadly crash scene has gone viral because of what it appears to have captured. The roadside photo shows a crowd gathered around a motorcycle crash victim. Above the first responders heads hovers a transparent shadow eerily resembling a human figure. In the stirring Facebook photo, truck driver Saul Vazquez says he rolled down his window before snapping the scene along Highway 15 near Stanton, Kentucky on Tuesday afternoon.

“Zoom in and pay attention to the shadow just off the top of the state troopers hat,” he wrote. He suggested that he didn’t know what happened to the victim at the time, writing, “I hope everyone involved is okay!” The crash victim was pronounced dead at the hospital shortly after, according to Lex 18 News. Vazquez told the station the picture had not been altered. 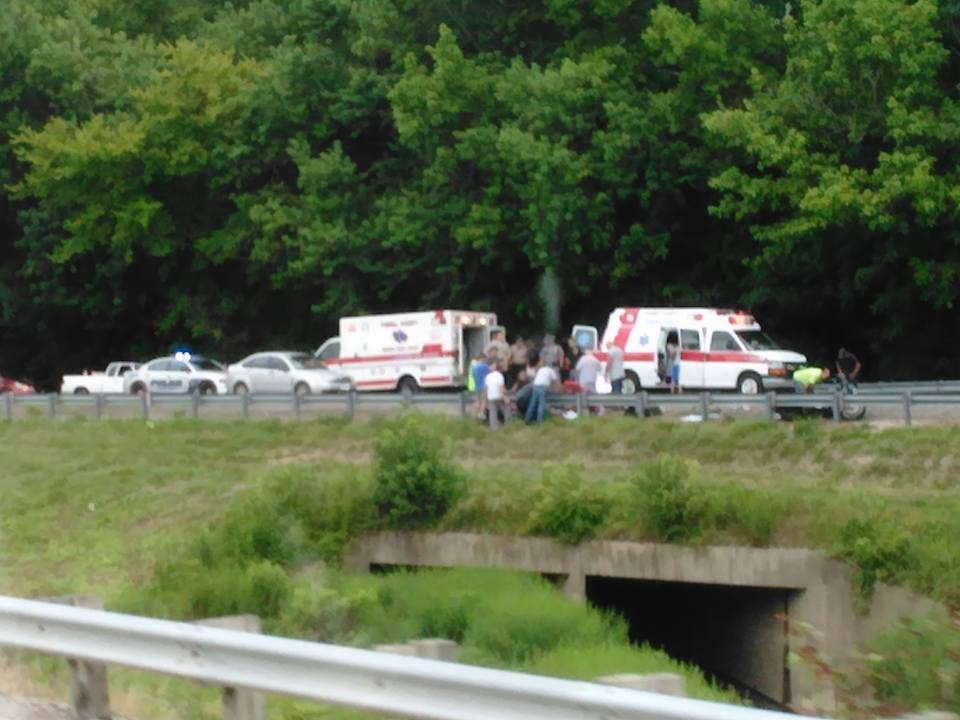