6 Amazing Sights From The International Space Station That Are Out Of This World! 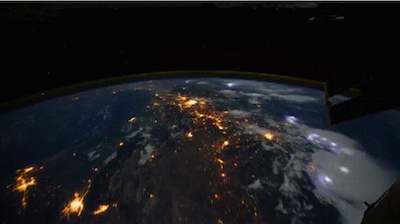 When the ISS orbits over a sea of thunderclouds, it’s not rare for astronauts to witness an impressive amount of lightning. What is unusual, however, is seen lightning sprites, which were observed on August 10 by astronauts aboard the space station. 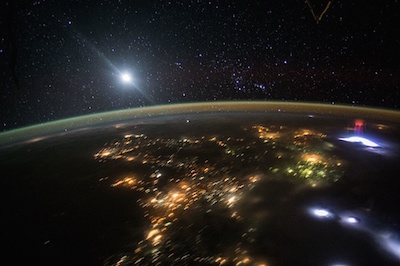 Sprites are electrical discharges, similar to thunder lights. However, instead of occurring in the lower layer of Earth’s atmosphere, these very fast, red colored discharges occur much higher up and are as such difficult to observe from the ground. 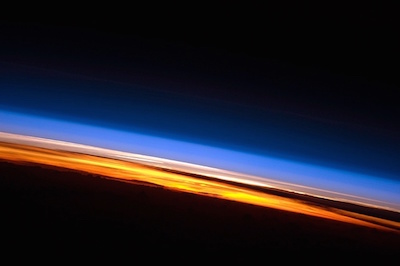 With ISS orbiting the earth every 90 minutes, astronauts can see the sun rise and set around 16 times every 24 hours. The dramatic views from the station display a rainbow like horizon as the sun appears and disappears beyond the horizon.

From the ground, atmospheric conditions and light pollution affect our ability to see stars and other celestial bodies. As light travels through layers of hot and cold air, the bending of its rays render a flickering image of these distant objects, while atmospheric particles such as dust prevent us from seeing fainter objects such as nebulae and galaxies. The lack of an atmosphere at the orbiting altitude of the ISS allows the residence on the space station to see the stars, the Milky Way and other astronomical features with much greater clarity than is possible on earth. 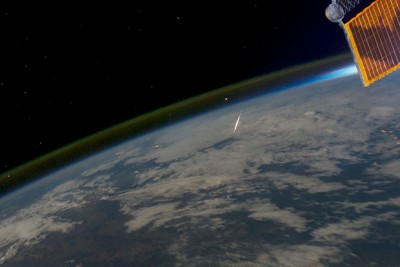 Astronauts aboard the ISS can also witnessed the disintegration of meteoroids in the Earth’s atmosphere. Those small bodies are fragments detached from celestial bodies such as asteroids and comets. As they enter in the Earth’s atmosphere at great speed, the heat due to the body interaction with the air rapidly destroys them. Whereas the chance of seeing them from the ground is very much whether depending, being on the ISS guarantees the best seats to watch the shooting stars flaming across our planet’s sky.

Also known as northern and southern lights, auroras are created when solar storms, consisting of large magnetize clouds of energetic particles launched from the sun, or strong solar wind, interact with the Earth’s magnetic field. Upon collision with the earth, these solar streams energized particles within the planet’s magnetic field.

galactic cosmic rays are really a phenomenon you can see. These energetic subatomic particles come from intense astronomical sources such as exploding stars or black holes. If they pass into the body they can damage tissue and break DNA, causing various diseases over the course of time.

Most cosmic rays do not penetrate in the thick atmosphere of the earth. Since the ISS sits outside the protected zone, its astronauts are much more likely to be struck by the particles. Astronauts regularly see flashes of light when they close their eyes, which is thought to because by cosmic rays interacting with body parts to play role in vision, such is the optic nerve or visual centers in the brain.